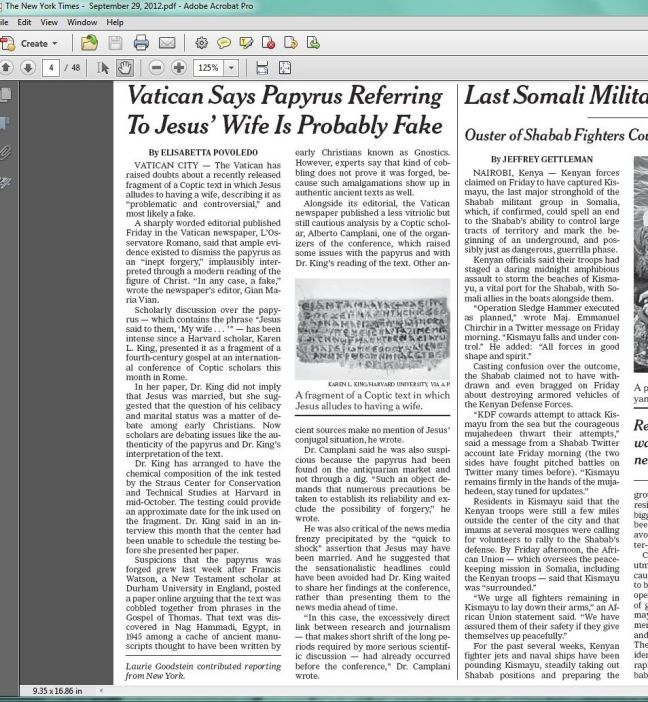 I posted the other article I had about the hoax. I didn’t read it all but posted it up so you would know what the press is saying. Somehow it did not strike me as anything real. But I guess I should keep a running account of these blasphemies … the whole thing is so nothing and the press makes it seems like it is “news”. I guess in the end that’s their business, right?

So this is the follow up that previous article from the Economist, stating that it is a “hoax”. Does that mean that the woman involved gets her tenure revoked? Well she should don’t you think? Shouldn’t she be a laughing stock for passing such garbage? I mean she put her reputation on that one, right? Or does it work that she got 15 minutes of fame and that is the real crux of the matter and so instead she get’s an Attaboy? I really do not know how academia works anymore. I left long ago and recently a cousin of mine, who spent her whole life in it, got canned, so it’s rather hard to say what’s going on — so what happens to Karen King of Harvard is hard to say. Perhaps if I am really interested I would do a Yahoo Alert and trace her through the years and see…probably though I am not that interested.

So the New York Times posted this follow-up in Saturday’s paper on page A3 but the more I think about this, perhaps it should have gotten better press so people would know it’s a fake. Or should it be doomed to obscurity because the whole thing was an obvious joke and the Saturday edition, which no one reads, is the appropriate place? Oh the conundrum of it all. I am not sure now…what do you think?