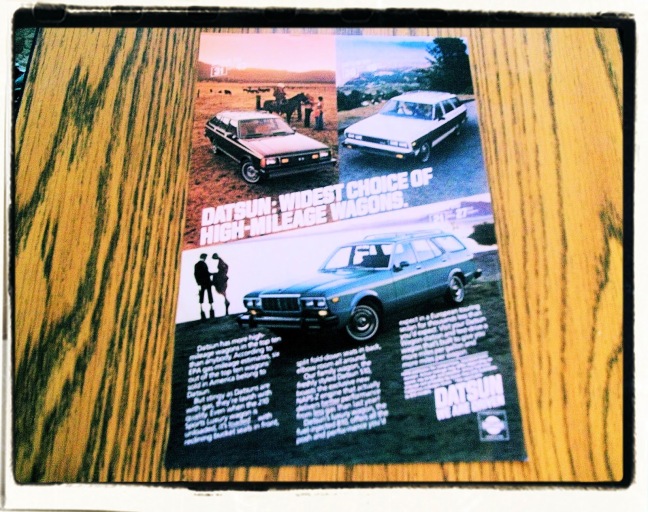 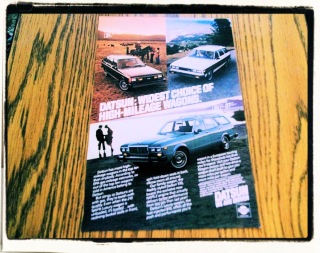 Remember the old Datsun ad from the 1980’s We are driven.?  Well if not here’s a copy of the ad from an eBay page.
I mention it because I was reminded of it when reading a book, from the 00’s btw, so written relatively recently,  about how we are still so, despite the advent of Twitter, Facebook, alright perhaps both we after the book but still there were lots of pointers like the Journal Art Movement which is does mention, that hinted in that direction not to mention every Sports Extravaganza around blaring the decades old tunes of Motley Crue’s “We have the right to PARTY..”  (Great anthem btw).

So this excerpt, from a larger book was about how this horrid American society is all about work…yeah maybe once upon a time but that’s been a while and the need to feel that we have “earned” the right to Party is pretty strong and the needs for goodies and breaks…checking emails, Facebook posts etc. has become almost ingrained in the American way of life,
I read somewhere, that the under 30 group, checks their email or messenger posts once every 6 minutes.  Imagine that, how would anyone be driven to get anything done on such an adrenaline high?  Instead imagine the opposite, We are driven., well if you were you actually got something done?…Imagine the possibilities.  Of course there would be a lot of FB mail you would miss.
———————————————————————————————————

In a field one summer’s day a Grasshopper was hopping about, chirping and singing to its heart’s content. An Ant passed by, bearing along with great toil an ear of corn he was taking to the nest.

“Why not come and chat with me,” said the Grasshopper, “instead of toiling and moiling in that way?”

“I am helping to lay up food for the winter,” said the Ant, “and recommend you to do the same.”

“Why bother about winter?” said the Grasshopper; we have got plenty of food at present.” But the Ant went on its way and continued its toil.

When the winter came the Grasshopper had no food and found itself dying of hunger, while it saw the ants distributing every day corn and grain from the stores they had collected in the summer.

Then the Grasshopper knew: It is best to prepare for the days of necessity.
Aesop’s Fables.