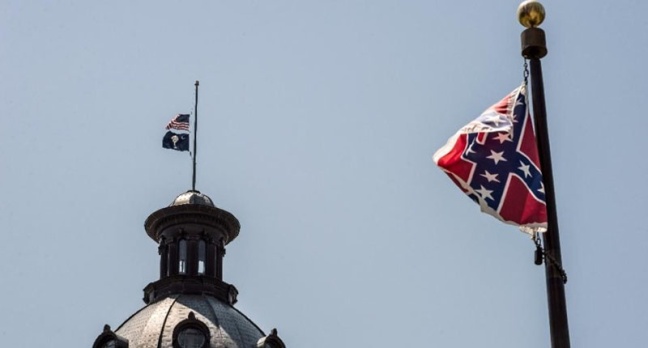 COLUMBIA, S. C.—South Carolina Gov. Nikki Haley called on Monday for the Confederate battle flag to be taken down from the Statehouse grounds, five days after the killing of nine African-Americans in a historic church.

“We are not going to allow this symbol to divide us any longer,” Ms. Haley said, applause erupting as she spoke, flanked by more than 30 state political leaders in the lobby of the Statehouse. 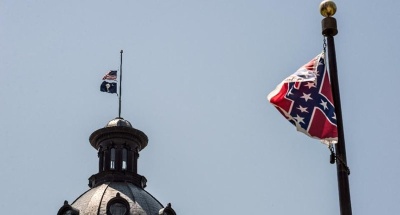 The South Carolina legislature has to agree to remove the flag, which flies outside the Statehouse under a brokered compromise. Ms. Haley, a Republican, said she has directed the legislature to take up the matter this summer and would call a special session if it doesn’t.

Pressure has been mounting on South Carolina officials, both from within and outside the state, to remove the flag in the wake of the shootings at Emanuel African Methodist Episcopal Church.

Accused gunman Dylann Roof, a 21-year-old white man who allegedly uttered racist statements to his victims, had a Confederate flag vanity plate on his car, officials said. Mr. Roof, who was arrested last Thursday, the day after the shooting, hasn’t entered a plea.

Several political and business leaders in the state welcomed Ms. Haley’s move. “It’s been a long time coming,” said State Rep. James Smith, a white Democrat from Columbia and a longtime opponent of the flag’s presence at the Statehouse. The flag “doesn’t reflect who the people of our state are,” he said.

The flag flying at the Capitol was instituted by Democrat Senator Ernest “Fritz” Hollings. The former senator, still alive and well at 93, had nothing to say on the comment by the governor.

It used to be that the gun killed the murdered, now it’s the flag.  Oh why not, we have the (this link hates it) twinkie defense don’t we?  Read more about how  Dan White’s (he murdered San Francisco George Moscone, now and Art Center, & gay advocate, and now movie, Harvey Milk, lawyers used that one, over here.