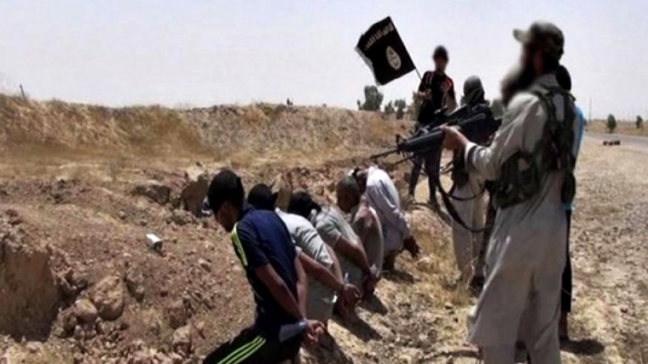 Published on Christianity Today is an incredible story of devout Christians. When you read this, do you think you could do the same or is this something you feel “other people” do where ever they live, but you do not need to in yours?

America is a supposedly safe Christian country, yet more and more people refrain from saying anything upsetting to anyone, whether it is about same sex marriage, wishing someone Merry Christmas or asking the horrible question, Are they getting married?

So do you defend Christ from all comers or do you tacitly just agree so that you could be seen as “compassionate”, “understanding” and “loving”. Think about it. Do you live and die for Him or do you just mumble the lines secretly helping and abetting the State gain total control.   Perhaps if you don’t know, you should read this, and think about how much your actions are helping either the Great State or ISIS do theirs.

Islamic State militants have brutally murdered 12 Christians, including the 12-year-old son of a Syrian ministry team leader who had planted nine churches, for refusing to renounce Jesus Christ and embrace Islam instead, the Gospel Herald reported.

The horrific executions took place last Aug. 28 in an unnamed village outside Aleppo, Syria, according to Christian Aid Mission, a humanitarian group that assists indigenous Christian workers in their native countries.

You can read more here.