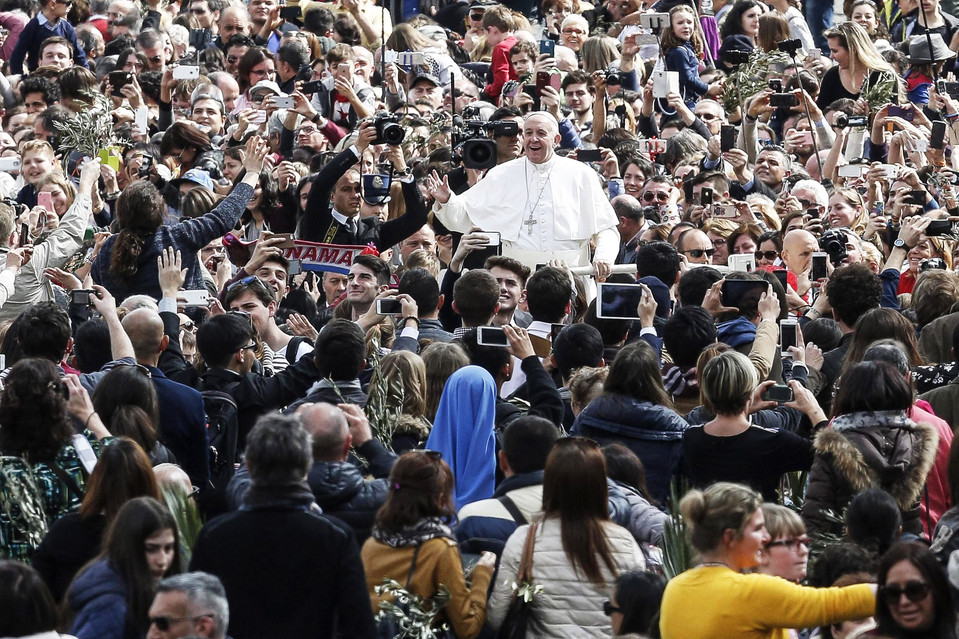 With his disregard for protocol, outspoken news conferences and denunciations of global capitalism, Pope Francis has proved a disruptive leader in his three-year reign. But nothing the pope has done has raised controversy within the Catholic Church than his decision to open a debate about divorce, and remarriage.
When divorced Catholics who have remarried come to the Rev.Hanspeter Heinz, a parish priest near the German city of Augsburg, he gently questions them about their new marriages and their faith. If, after an interview of two hours or so, he finds the new marriage to be faithful and loving, he tells them they can receive the sacrament of Communion—despite church law saying they can’t—and offers to perform an unofficial blessing. He believes half of German priests do likewise.
Next door in Poland, the Rev. Wojciech Goralski describes remarrying after a divorce as “a sin against chastity.” It “is just as bad as remaining in constant sin of other kinds, like stealing,” said the priest, a judge in a Polish church court. In Poland, priests who advise the divorced to present themselves for Communion are exceedingly rare.
The stark divergence involving neighboring countries at the heart of Catholicism and  the roots of the split lie in differing interpretations of the Second Vatican Council of 1962-65, which ushered in a host of changes to Catholic life.
One school, exemplified by the retired Pope Benedict XVI, stresses the need to present “immutable” church teachings in the language of today.By contrast, Pope Francis has chosen to emphasize the need to engage sympathetically with the modern world, using what St. John XXIII called the “medicine of mercy rather than that of severity” or “condemnations.”
Pope Francis has said there is no possibility of changing the church teaching on the indissolubility of marriage, so what exactly is one the table?  It seems the whole debate revolves around  divorced-and/or remarried Cathlolics receive Communion.
What’s driving this is Germany, with its history of secularism and Nazism, they are now pushing the Vatican to be a little more ‘understanding”.  OTOH, Communist rule Poland 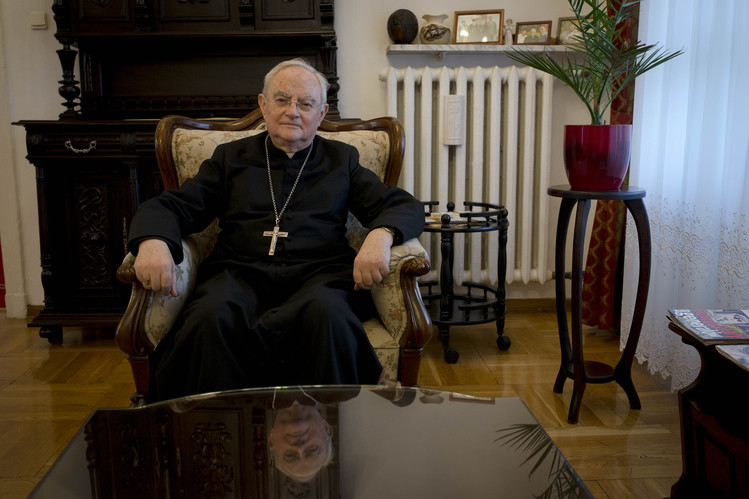 Archbishop Henryk Hoser of Warszawa-Praga in Poland, where people baptized Catholic make up 95% of the population. PHOTO: ELLEN EMMERENTZE JERVELL/THE WALL STREET JOURNAL
is a very conservative and traditional Catholic place.
“Poland has always had a strong relationship with Rome,” says Archbishop Henryk Hoser of Warszawa-Praga. By contrast, he said, “Germany has always had a deep-rooted Anti-Rome attitude and this latest argument is no different.”
Poland, where people baptized Catholic make up 95% of the population, remains a relative bastion of orthodox practice.  While German catholic has been losing a 100,000 Catholics a year and less then 11% go to Church, even at major holidays.  OTOH, the RC Church is growing by leaps and bounds in Africa, where Catholicism is very conservative and traditional, and so many conservatives argued that the church should be taking its cues from Africa, where Catholicism is growing fastest today, rather than from Europe.
—Martin Sobczyk contributed to this article.