Patty Duke, an Oscar-winning actress renowned at mid-century as a child star of stage, film and television, who, amid public struggles with bipolar disorder, went on to cultivate a respected career in adulthood as an actress and mental-health advocate, died on Tuesday at a hospital near her home in Coeur d’Alene, Idaho. She was 69. The cause was complications of a ruptured intestine that Ms. Duke suffered on Thursday, said her husband, Michael Pearce.

For her performance in the 1962 Hollywood film adaptation, in which she and Ms. Bancroft reprised their roles, Ms. Duke won the Academy Award for best supporting actress.

She came to even wider attention the next year, with the debut of “The Patty Duke Show,” the popular ABC sitcom in which Ms. Duke played the dual roles of Patty Lane, an unaffected Brooklyn girl, and her worldly, Scottish “identical cousin,” Cathy Lane.

Broadcast on ABC, the show ran through 1966, and also starred William Schallert (d. May 2016)  as Patty’s father. Homey, comforting and sentimental, the show, with its emblematic theme song(“Where Cathy adores a minuet,/The Ballets Russes, and crêpes suzette,/Our Patty loves to rock and roll,/A hot dog makes her lose control;/What a wild duet!”) remains a touchstone of American nostalgia. 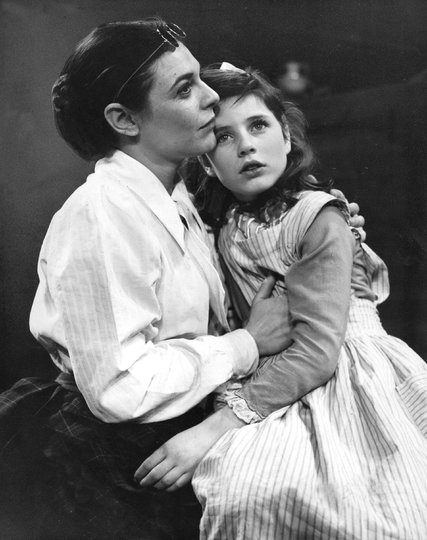 Among them were a threadbare upbringing; parental alcoholism; her removal from her home by her managers, who co-opted not only her earnings but also, Ms. Duke later wrote, her very identity; implication in the television quiz-show scandals of the late 1950s; sexual abuse; four marriages; and more than one suicide attempt.
In the end, however, Ms. Duke found contentment in an enduring fourth marriage; the presidency of the Screen Actors Guild; the proper diagnosis and treatment of her bipolar disorder; and a renewed television career that brought her three Emmys.
Reviewing the play in The New York Times, Brooks Atkinson wrote:

“As Helen, little Miss Duke is altogether superb — a plain, sullen, explosive, miniature monster whose destructive behavior makes sympathy for her afflictions impossible, but whose independence and vitality are nevertheless admirable.”

In the view of many critics, Ms. Duke’s passage from Helen Keller to Patty Lane was a voyage from the sublime to the ridiculous. From its pilot episode, scripted by Sidney Sheldon, the show gloried in its preposterous premise: two cousins so genetically indistinguishable that, as its theme song proclaimed, “They laugh alike, they walk alike, at times they even talk alike.”

But the public ate it up, along with vigorously marketed merchandise like dolls, clothes, puzzles and board games.  The show’s success — and Patty Lane’s popularity in particular — was something Ms. Duke came to deplore.

“I hated being less intelligent than I was,” she later wrote. “I hated pretending I was younger than I was, I hated not being consulted about anything, having no choice in how I looked or what I wore, I hated being trapped.”

The Rosses, who by now saw Ms. Duke as a golden goose, removed her, against her wishes, from her mother’s home and took her to live with them. They monitored her every movement, she later said, telling her what to wear, what to do and what to eat, and fiercely controlled her mother’s access to her.

They also, Ms. Duke said, fed her uppers and downers and introduced her to alcohol. Both members of the couple, she later wrote, sexually molested her on occasion. There was also financial malfeasance. In 1959, testifying before a congressional committee, Mr. Ross, admitted that Patty, who had appeared not long before on the TV quiz show “The $64,000 Challenge,” had been fed the answers by the show’s producers. She won $32,000 on the show, of which Mr. Ross took his standard 15 percent fee. By the time Ms. Duke broke with the Rosses as a young woman, she later said, she discovered that they had embezzled the vast portion of her career earnings — about $1 million.

To extricate herself from the Rosses’ Svengali-like clutches, she married Harry Falk, an assistant director on “The Patty Duke Show,” when she was still a teenager; the marriage ended in divorce. A second marriage, to Michael Tell, was annulled after 13 days. 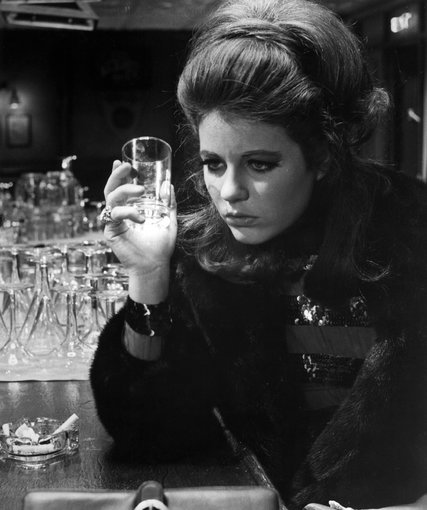 Patty Duke as Neely O’Hara in the 1967 film ”Valley of the Dolls.” Credit20th Century Fox

In 1972, Ms. Duke married the actor John Astin; during their marriage, she was billed as Patty Duke Astin. They divorced in 1985. Her other roles include the female lead in “My Sweet Charlie,” a 1970 TV movie in which she portrayed a pregnant runaway who falls in love with a black man, played by Al Freeman Jr. Her performance garnered her the first of her three Emmy Awards.

On the big screen, she appeared in “Valley of the Dolls,” the 1967 adaptation of Jacqueline Susann’s novel, playing Neely O’Hara, a woman addicted to sex, drugs and alcohol which mimicked her real life.  In 1982 did she receive a diagnosis of bipolar disorder, along with proper medication. She recounted her experiences in another memoir, “A Brilliant Madness: Living With Manic-Depressive Illness” (1992, with Gloria Hochman).

Ms. Duke’s survivors include her fourth husband, Mr. Pearce, an Army drill sergeant whom she married in 1986 (she preferred afterward to be known in private life as Anna Pearce); her brother, Raymond; two sons, the actors Sean Astin and Mackenzie Astin; a stepdaughter, Charlene Gibson, from her marriage to Mr. Pearce; a son, Kevin, with Mr. Pearce; and six grandchildren. Another stepdaughter from her fourth marriage, Raelene Pearce, died in 1998.

She served as president of the Screen Actors Guild from 1985 to 1988.  In a quotation on her website, http://www.officialpattyduke.com, Ms. Duke summed up her quicksilver life in lines whose final word fairly rings with resonance:

“I’ve survived,” she wrote. “I’ve beaten my own bad system and on some days, on most days, that feels like a miracle.”