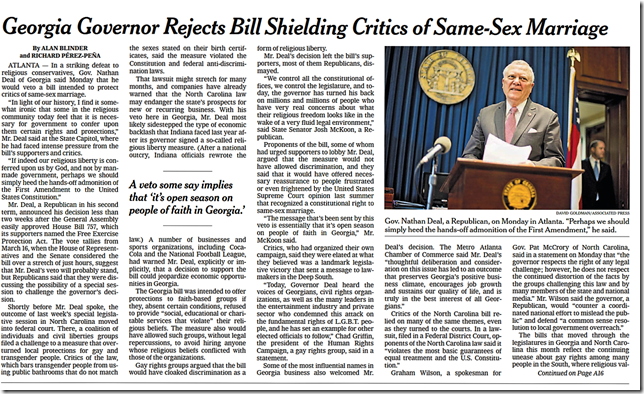 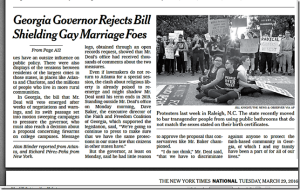 SAVANNAH, Ga. — The rivals campaigning to become Georgia’s next governor clashed Friday over whether the state needs a law offering protection for citizens acting on religious belief — an issue the outgoing Republican governor shot down amid an outcry from business leaders who joined gay rights groups in arguing it would legalize discrimination.

Democrat Stacey Abrams told an economic developers conference she opposes any form of so-called “religious freedom” law, saying the threat of employers boycotting Georgia is so real that “even the mere conversation is now toxic.”

Republican Bryan Kemp, in a separate appearance before the same group, said he would sign only a narrowly drawn version that mirrors existing federal law. He insisted such a law “doesn’t discriminate.”

The issue has persisted in Georgia since GOP Gov. Nathan Deal vetoed a religious protections bill that passed the legislature in 2016. On one side, religious conservatives wanted additional legal protections for opponents of same-sex marriage. On the other, major corporations threatened to leave the state if Deal signed the bill. The NFL even warned that Atlanta’s bid to host a Super Bowl was in jeopardy.