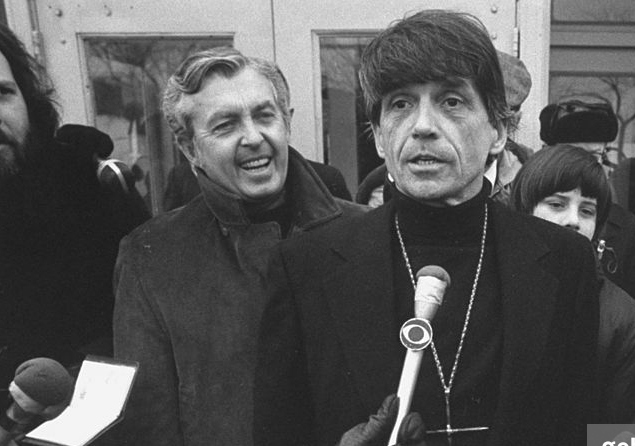 The Rev. Daniel J. Berrigan, a Jesuit priest and poet whose defiant protests helped shape the tactics of opposition to the Vietnam War and landed him in prison, died on Saturday in the Bronx. He was 94.  His death, at Murray-Weigel Hall, the Jesuit infirmary at Fordham University, was confirmed by the Rev. James Martin, editor at large at America magazine, a national Catholic magazine published by the Jesuits.

When the United States was tearing itself apart over civil rights and the war in Southeast Asia Father Berrigan emerged in the 1960 part of “Jesus as Revolutionary” movement, beleiving that that racism and poverty, militarism and capitalist greed were interconnected pieces of the same big problem: an unjust society..  It is a rather marxist in its approach, and removes the religious aspect of Jesus devolving it into a political one — exacting what the Sanhedrin claimed and Jesus himself denied.

A defining point was the burning of Selective Service draft records in Catonsville, Md., and the subsequent trial of the so-called Catonsville Nine, a sequence of events that inspired an escalation of protests across the country; there were marches, sit-ins, the public burning of draft cards and other acts of civil disobedience.

The catalyzing episode occurred on May 17, 1968, six weeks after the murder of the Rev. Dr. Martin Luther King Jr. and the outbreak of new riots in dozens of cities. Nine Catholic activists, led by Daniel and Philip Berrigan, entered a Knights of Columbus building in Catonsville and went up to the second floor, where the local draft board had offices. They seized hundreds of draft records, carried them down to the parking lot and set them on fire with homemade napalm.

Some reporters had been told of the raid in advance. They were given a statement that said in part, “We destroy these draft records not only because they exploit our young men but because they represent misplaced power concentrated in the ruling class of America.” It added, “We confront the Catholic Church, other Christian bodies and the synagogues of America with their silence and cowardice in the face of our country’s crimes.”

Born with weak ankles, Daniel could not walk until he was 4. His frailty spared him the heavy lifting demanded of his brothers; so he helped his mother around the house. His father, a rabid unionist, felt that this unfair and that the weak were taking advantage of the strong.  This became a dominant theme in all of the boys life, to one degree or another.

Daniel was ordained in 1953 and then went to  Le Moyne College, a Jesuit university,  in Syracuse, New York, where he was a popular professor of New Testament studies from 1957 to 1963, Now as Father Berrigan, he  formed friendships with his students that other faculty members disapproved of, inculcating in them his ideas about pacifism, marxism, women’s liberation & civil rights. (One student, David Miller, became the first draft-card burner to be convicted under a 1965 law.) 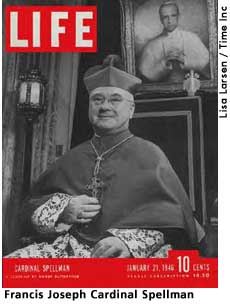 Cardinal Francis Spellman wrote him a stern letter to the effect that he was inventing “Christ” and not preaching it.  Berrigan ignored it and so the  Cardinal Spellman, sent him on a “fact finding” mission among poor workers in South America. An outcry from Catholic liberals brought him back after only three months, enough time for him to have been radicalized even further by the facts he had found.

But Berrigan was not universally admired by Catholics. Many faulted him for not singling out repressive Communist states in his diatribes against the world order, and later for not lending his voice to the outcry over sexual abuse by priests. There was also a sense that his notoriety was a distraction from the religious work that needed to be done, but he was dedicated to the vision of Dorothy Day and the Catholic Worker’s Movement  idea of christ to the end.  You can read more about that over in the New Yorker here.