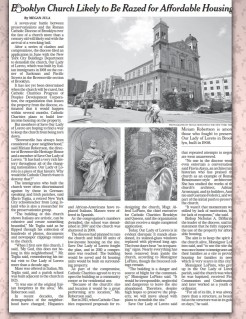 The New York Times reported back in August that the RC Church, Our Lady of Loreto in Brooklyn will be closed.  No surprise there as the RC church is looking to downsize in their stronghold of American cities, as Roman Catholics have fled the cities following the Protestants forty years earlier. What’s sad is the razing of the building.

That nothing could be done with the building’s architecture as is and the lost of cultural beauty is untold.  This article says that the Historic Landmarks starting appraising it in 2008 which is AFTER the demolition started on the Parish School. 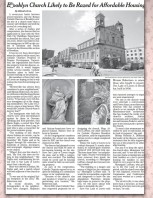 There is supposedly a Flash view of the interview on the NYTimes site but I’ve yet to get to load.  I’ll update this note when I do.  In the meantime, here’s the Church’s site.